Perfect is another good read from Rachel Joyce. I enjoyed her first novel, The Unlikely Pilgrimage of Harold Frye, and Perfect has a similar pattern of writing. There is a twist at the end.

You read the story and get invested in the characters, seeing things from several very different points of view. Then just near the end key points of information are revealed and everything falls into place. Reading about the best friends, Byron and James, and Byron’s mother Diana who is accurately described as a “poem” you think you know where our characters will end up. Again, just as Joyce did in her first novel, there are twists and you’ll have surprises.

The year is 1972. James Lowe and Byron Hemmings are best friends. They are both intelligent boys attending a prestigious school, their middle to upper class lives plodding along without incident. James is the more science minded of the two boys; he tells Byron about a story he’d read in the paper about the atomic clock not being in sync with the Earth’s rotation. Scientists decided to move the atomic clock up 2 seconds and correct the discrepancy. Byron gets in a quiet panic about this messing about with time and fears life as they know it will be altered in a way with horrific consequences.

One morning on the way to school he thinks he sees his watch hands move backward. He shoves his watch into his mother’s face and she is momentarily distracted, hitting a young girl riding a tricycle. Diana doesn’t see the girl or know about the accident. Byron tells her to continue driving and panics that his mother will be charged. He keeps all this to himself and internalizes his feelings until it builds up and he confides the scene to James. When Byron eventually let it all slip to his mother, Diana, it changes her life. She stops doing everything. There are no hot meals, no buttons sew on clothing, the garden is left to go wild and she is in a depression.

To make amends for the accident and running off, she contacts the parents of the little girl and tries to set things right. Interspersed with this story line are chapters featuring a man named Jim. He suffers from obsessive compulsive disorder and is trying to make a life outside of the institution where he had spent the last 38+ years. You are left to wonder through 3/4ths of the book if Jim is in fact James Lowe. I won’t give a spoiler because the way this weaves together in the last two chapters ties up all the loose ends.

If you liked the British prose of Rachel Joyce with her Harold Frye book, you will most likely enjoy this story as well.

Not many food scenes but here are a few items mentioned:

Mushroom vol-au-vent was served at a party hosted by Byron’s parents. His father, Seymour, overhears a guest whispering “New money” to a friend just as he is about to bite into a Mushroom vol-au-vent. It ruined his appetite to know he wasn’t accepted by this elite society.

A benefit concert where the ladies brought Tupperware boxes of salad and cakes. There was coleslaw, Russian salad, deviled kidneys, cheese straws, stuffed grapes, olive, mushrooms and prunes. The food was unpacked at the garden table.

I made a mushroom vol-au-vent as an appetizer. Recipe may be found at Squirrel Head Manor. 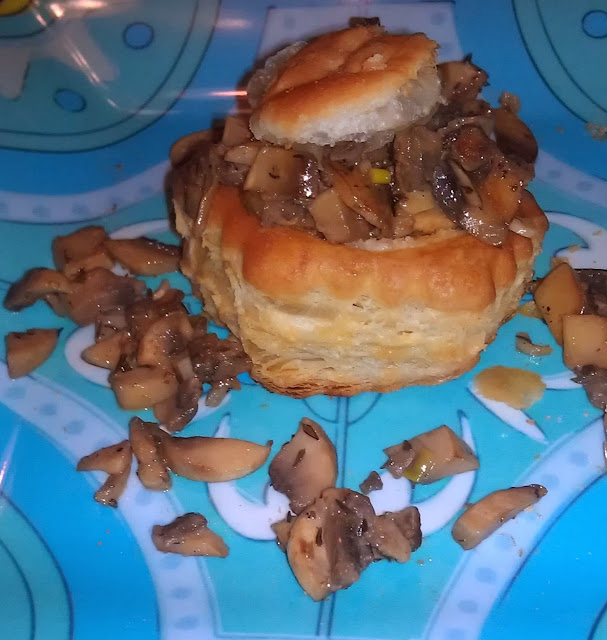 This book was on my list for the The Eclectic Reader Book Challenge and British Books Challenge.
Also adding my review to Goodreads and Beth Fish Reads for her Weekend Cooking Series. 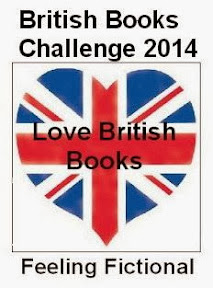 19 thoughts on “Perfect by Rachel Joyce”