Happy Monday! I have a haul of books from the library, both eBooks and hard cover versions…..it’s hard to pick one to get started reading. Why do they always arrive all at once? The latest one I finished was fairly short, under 400 pages.

Mary Kubica is a new author for me and I am glad I grabbed her book The Good Girl.

This book is written with multiple narratives which I found interesting. The plot revolves around the kidnapping of Mia Dennett. From the beginning of this book you know Mia has been kidnapped and that she is sequestered in a cabin in Minnesota with kidnapper Colin Thatcher. 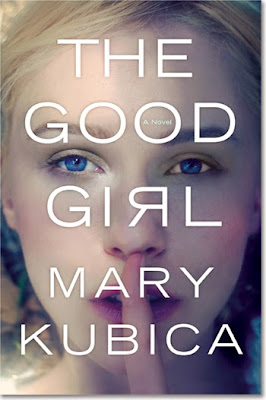 Mia is the daughter of a prominent judge James Dennett. Obviously she is being kidnapped for ransom – or so you would be led to believe at first. Each chapter shifts from the point of view of Gabe Hoffman the Chicago detective assigned to the case, Mia in her state of mind during the kidnapping, her mother Eve Dennett and the kidnapper Colin Thatcher.

This is a gripping passage: 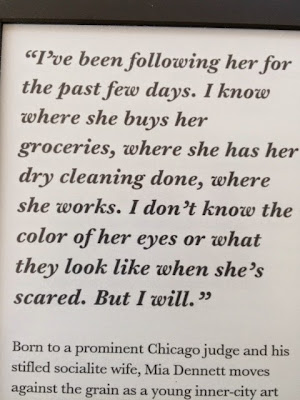 As you shift between the different characters in the story you learn about the Dennett family as well as getting an unexpected look into the kidnapper’s life. Mia doesn’t fit in with the rich style and is the odd one out in her father’s affections. Her sister to Grace is a lawyer and has the same uppity attitude and lack of empathy the father displays. You’ll read how Mia was pressured to go to law school but she follows her own dreams and becomes an art teacher. She has a boyfriend, Jason, but he doesn’t play a big role in this book. He’s actually somewhat of a dick and she is better off without this guy! It seems like the book leaps all over in telling the story of Mia’s kidnapping and ultimate rescue, however the multiple perspectives make for a great story.

Mary Kubica is quite a story teller and I hope to read more by this author.

Next on my list is Caedmon’s Song by Peter Robinson, The Bookseller by Cynthia Swanson and Be Safe, Love Mom by Elaine Brye.

All look good so it will depend on my mood. Hooking up to The Captive Reader for Library Loot.

3 thoughts on “The Good Girl by Mary Kubica”