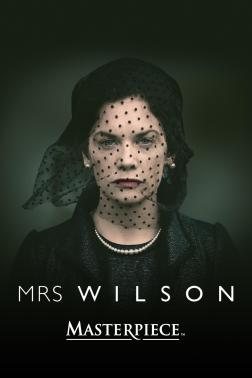 I think I may need to watch this three-part series again. At the very least I will be reading more about Alexander Wilson as it’s an interesting and true mystery.

Mrs. Wilson, pictured to the left, met her husband during the Blitz in London.  Alec was a British Army Colonel and Alison was his secretary.  Despite the 30-year age difference they fell in love, married and had two sons.

Alec was away from home now and then on secret MI6 missions but always came back.  He was an author and had successfully published 24 novels in his lifetime.  The first two were titled The Mystery of Tunnel 51 and The Devil’s Cocktail.  In the first episode he dies at the age of 69.  This is on the description so I haven’t given spoilers here.  Then, the first bombshell drops when Alison Wilson opens her door to be met by Gladys Wilson, Alec’s widow. Was she legally married to Alec Wilson?   His secret life is slowly discovered, not all of it you you, as to this day there is secrecy surrounding Alexander Wilson’s life and career.

The Wilson’s home reminded me of Whinging way in Harry Potter. 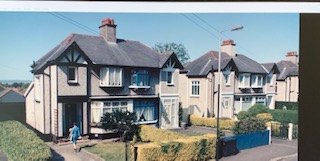 Here is more from the Masterpiece Theater site, absolutely intriguing.  If you haven’t watched the series you may not want to read the synopsis on Masterpiece Theater as it gives spoilers. It was wonderful to see all this unfold without the background of the story.