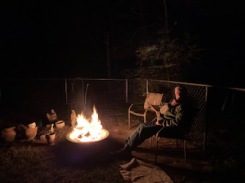 If You Lived Here You’d Be Home By Now by Christopher Ingraham.

Ingraham is a data reporter for the Washington Post.  Upon writing an article about the worst place to live in the United States, he unwittingly changed the path of his family’s life.  You’ve seen those charts and list where places in the US are ranked as great places for living, retiring or vacationing.  Obviously the natural beauty of a place and availability to amenities help to rank a city or county very high.

Apparently the cold weather and small population figured highly in the ranking for Red Lake Falls, Minnesota.  After stating it’s the worst, Mr. Ingraham received an email from a resident in Red Lake Falls, inviting him to tour the county and see how numbers don’t always give an accurate portrayal.  He was impressed by the “Minnesota Nice” as he calls it and the beauty of the county and it’s residents.

Coming home to Baltimore and facing the cramped living quarters, the 3+ hour commute to D.C. and the fast paced lifestyle…..he began to think more of the rural living and their own special amenities.  Spending time with his family, having a larger home without the million dollar price tag, the quiet and the chance for his sons to have a Norman Rockwell kinda childhood.  ( I feel like mine was that way in spite of being so close to Philadelphia.  Different era).

“At one point I pulled my car over to the side of the road to take pictures and ended up standing there a few minutes, luxuriating in the silence.”

Eventually he convinces his boss at the Washington Post to let him live in Red Lake Falls for one year, reporting from the field as data reporting isn’t the same as being a reporter on Capital Hill.  He can fly back for meetings as needed but can accomplish his job by telecommuting.  He can get an accurate assessment of like in a rural community by living it rather than a two week visit.  Three years later and the Ingraham family is still there.

This is a good memoir with humor, statistics, great stories and a slice of life from very cold northern Minnesota.  Loved this book.

This is my third book for Non-Fiction November.

7 thoughts on “If You Lived Here You’d Be Home By Now by Christopher Ingraham.”