I have become a big fan of Lisa Jewell’s mysteries but this one was just meh…ok for me. There is a lush garden in the middle of a housing complex, setting is the middle of London.

A woman moves in with her two daughters, Grace and Pip, and has a bit of adjustment to the communal lifestyle of the garden. Children freely wander around, into each other’s homes. There’s an Earth Mother sort who home schools and feeds everyone natural healthy fare, her very handsome charming husband Leo and a few dysfunctional characters.

During a birthday party that runs late in the evening, children are still up running around mind you, 13 year old Grace is found in the bushes, bloodied and in a coma.  The resulting investigation reveals some interesting facts about both the adults and children. I’ll say I very much enjoyed Jewell’s other mysteries more but this wasn’t a DNF. 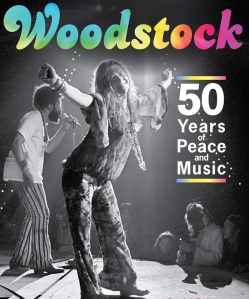 Woodstock: 50 years of Peace and Music.
I had expected this was a CD from the library but it was a book.  I brought it home anyway. It’s an Interesting compendium of stories about the bands, events, peaceful interactions and basically an overall historical account of one of the most famous concerts. For the most part the concert goers were nice young people, helping push police cars out of the mud, a phone operator stating everyone she spokes with said thank you and many other stories attesting to a civil and peaceful event.

bands I would have loved to see such as Santana, Credence, The Who & Joe Cocker. I have seen Crosby, Stills & Nash as well as Johnny Winter, just not at Woodstock. 🙂

Woodstock is my second  book for the nonfiction challenge hosted by ShelleyRae at Book’d Out
Category is History. 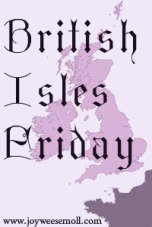 8 thoughts on “The Girls in the Garden by Lisa Jewell & Woodstock: 50 Years of Peace & Music”