Are you joining in this year?  Any particular challenges or themes that appeal to you?  Last year was my first time signing up with lovely Kim and Tanya at Girlxoxo and I’m pleased to be joining them again.   The 2018 Monthly Motif Reading Challenge linkup may be found HERE so hop over and sign up.

Here are the categories for next year

JANUARY – Diversify Your Reading
Kick the reading year off right and shake things up. Read a book with a character (or written by an author) of a race, religion, or sexual orientation other than your own.

FEBRUARY – One Word
Read a book with a one word title.

APRIL – Read Locally
Read a book set in your country, state, town, village (or has a main character from your home town, country, etc)

MAY- Book to Screen
Read a book that’s been made into a movie or a TV show.

JULY – Vacation Reads
Read a book you think is a perfect vacation read and tell us why.

AUGUST- Award Winners
Read a book that has won a literary award or a book written by an author who has been recognized in the bookish community.

OCTOBER- New or Old
Choose a new release from 2018 or a book known as a classic.

DECEMBER- Wrapping It Up
Winter or holiday themed books or books with snow, ice, etc in the title or books set in winter OR read a book with a theme from any of the months in this challenge (could be a theme you didn’t do, or one you want to do again). 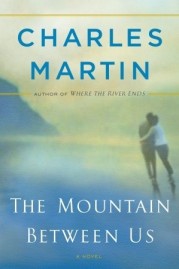 I have been absent on my reviews and participation due to a death in our family.  Everything stops and momentum is changed when someone leaves us.  This book I am sharing now came at a good time. I think so anyway.

This story was engaging and I had a hard time putting it down. People are stranded at an airport and obviously frustrated.  It starts with Dr. Ben Payne recording notes into a small recorder about cases he’s working on.  Ashley Knox sits beside him on the floor so she can share the outlet to charge her computer.  They chat and then they part ways for the night since flights are cancelled during a snowstorm.  Soon they arrange to share a private flight in a two-seater plane.  The plane crashes it the Utah mountains and here is where the story really develops.

It seems they are lost, no way to tell which way to hike toward civilization yet they can’t sit and await rescue.  The pilot hadn’t filed a flight plan so no one knows where they are.  Both Ben and Ashley are injured and honestly, you’ll think things can’t get much worse.  Fabulous story with a twist at the end.

Without giving spoilers I will say a food item mentioned is soup.  It’s vegetable soup in the book but I present you with a Tomato Basil soup.  Grilled cheese and tomato soup.  What more could you ask for, great pairing.

Beth Fish Reads for her Weekend Cooking Series.
Girlxoxo for the 2017 Monthly Motif Challenge.  For August the theme is seasons, elements and weather.
Deb at Kahakai Kitchen for her Souper Sunday series. The linkup for this week may be found HERE.

This past December I joined a few book challenges.  This helps me form reading lists, adding books I definitely plan to read in 2017.   This year I joined in on a new challenge.  The 2017 Monthly Motif Challenge.  Here is my 6 month update and so far, I am on track!

If you haven’t checked out Girlxoxo you may want to drop by.  I had fallen in love with this site and the life hacks, the book reviews and organizational tips.

Anyway………..this Monthly Motif Challenge  has me reading outside of my typical favored genres.  Here is a shameless copy and paste job of the themes (books read are added along with the links for the review). It’s not too late to sign up if you are interested!

JANUARY – Diversify Your Reading
Kick the reading year off right and shake things up. Read a book with a character (or written by an author) of a race, religion, or sexual orientation other than your own.
Stir: My Broken Brain and the Meals that Brought Me Home by Jessica Fechtor

MARCH – Time Traveler
Read a book set in a different dimension, a book in which time travel is involved or a dystopian or science fiction book where reality looks very different than what we’re used to. 11/23/63 by Stephen King

APRIL – Award Winners
Read a book that has won a literary award or a book written by an author who has been recognized in the bookish community.  And Then There Were None by Agatha Christie

MAY – Book to Movie or Audio
Read a book that has a movie based off of it. For an extra challenge, see the movie or listen to the audio book as well.  The Secret Garden by Frances Hodgson Burnett

JUNE – Destination Unknown
Read a book in which the character(s) take a trip, travel somewhere, go on a quest, or find themselves on a journey toward something.

I started Cork Dork by Bianca Bosker.  The journey is about wine, learning how difficult it is to become an accomplished sommelier and there is most certainly a bit of travel too. 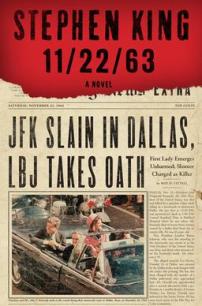 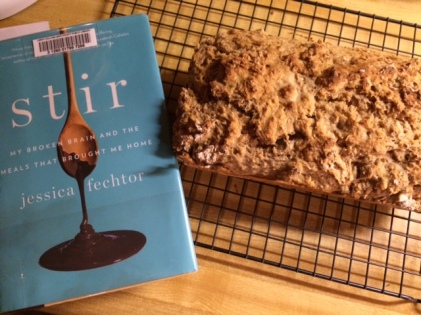 Here are the categories for the next 6 months.

AUGUST – Seasons, Elements, & Weather
Read a book in which the season, the elements, or the weather plays a role in the story.

OCTOBER– Games, Challenges, & Contests
Read a book that involves a game of some sort. Video games, war games, psychological mess-with-your-mind games, characters who participate in a contest, or a story in which the character takes on a challenge.

NOVEMBER – Last Chance
Read a book you’ve been meaning to get to all year but haven’t yet or read the last book in a series you started.

DECEMBER – Picking Favorites
Read a book by one of your favorite authors or read a book that Girlxoxo has recommended this year.

So there it is, folks.  I am almost to the halfway mark.  It’s been enjoyable. 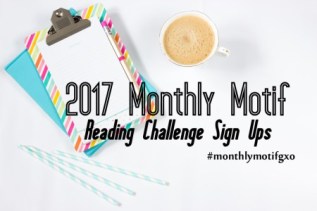