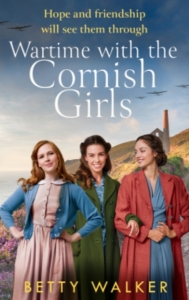 The setting is 1941 in London during the Blitz. I was anxious to get to the Cornwall setting but this takes a few chapters. We met three very brave  women who come from different backgrounds.

Violet lives in London and helps at her mother’s shop selling sandwiches and cakes. Her father is dead, her sister was recently killed in an air raid bombing and her brother-in-law is a soldier missing in action. As his mother was German there are insinuations he was a spy.  Cheery stuff here. Violet moves her nieces to Cornwall as it’s safer and goes to work at an air base.

Eva is a showgirl in London. She meets an American airman and there is some romantic interest there, then the club where she is performing is bombed during  a strike. She awakens in the hospital and after recovery she moves to Porthcurno Cornwall to work at an air base using her knowledge of Morse code to help with the war effort. ( there’s a backstory to this development )

Hazel is a local woman who already lives in Cornwall and works at the air base. She is married and her abusive husband is deployed during the war. He gets home on leave occassionally and is most assuredly not a model husband. Not a bad man, just not a good husband.

I thought it was a slow start but found it more enjoyable once the three main characters  met up at work. I liked the friendships formed and the Cornish setting. Normally I like an edgier plot and action but this is a nice “beach read” type of book. If you are looking to escape the horrors of the news right now you may enjoy this book.  Nothing objectionable here.

Much thanks to Netgalley for the advanced complimentary copy. I was not compensated for this review and throughly enjoyed this book. Publication by Avon Books UK is February 18, 2021. Genre is historical fiction/womens fiction.

Betty Walker lives in Cornwall and is a prolific writer. 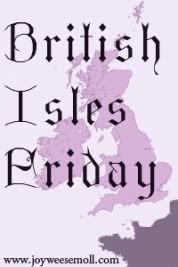