This is # 22 in the Inspector Banks series. This book was much better than the last one. Be warned, there is another title for this book – the U.K. version is titled Abattoir Blues so don’t purchase that title and this title. I wonder why they have different names for the same book?

This plot was gritty and well written. A stolen tractor, a murdered man, a theft ring and more. The descriptive scenes would just about make a vegetarian out of you if you aren’t one already. That’s not the entire book, mind you, just the interviews at the slaughterhouse. It was necessary to the plot and worked well.

Winsome is back and has a big role in this book. I love her character – she is a hellva detective and I hope she is in more books. Annie Cabbot is also featured. One day I hope she and Banks will get together and he stops diddling around with younger women. Ok, one young beauty interested in him in a previous book was fine but seriously….there is another young attractive woman mentioned in the beginning of this book as well.

As for the mystery – it all ties up neatly near the end.  You are left guessing who is the thief and who is the murderer up until the last few chapters. I like it when it can’t be figured out early on.

Food mentions are frequent as British detectives do some of their meetings in pubs. But we also have Winsome Jackman out on a date. Check out the passages in the photos.

We have Beef and Mushroom Pie and haddock, served with fries / chips.

Now this meal below….I could go for a glass of Rioja and a cheese plate. 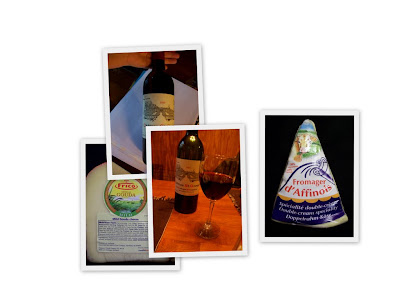 Next up is book #23 and I will be caught up until the July publication.

Based on a True Story (May’s Foodie Reads)

13 thoughts on “In the Dark Places by Peter Robinson”