The Dry.  It starts with a funeral and a mystery of how Aaron Falk is connected to the deceased.  Three coffins are displayed in the front of the church.  Lying dead is Aaron’s friend Luke along with Luke’s wife and young son, Karen and Billy.   Luke and his family were murdered and it looks like it was murder-suicide.  Luke was found with half his head blown off, his shotgun next to him in his truck.  His wife and son were also shot but the baby, Charlotte, was left untouched. Is this situation what it appears or is there another explanation and motive?

As Aaron Falk stands against the wall in the church, some of the close knit community give him hard looks and I’m immediately hooked to know the backstory. Aaron is now a federal police officer, one who investigates financial crimes.  Aaron and his father were basically run out of the community almost 20 years ago as it was suspected one (or both) had something to do with a young woman’s death.

Aaron didn’t come back just to pay respects to his friend but because Luke’s father summoned him with a message. “Luke lied. You lied.” This is in reference to their alibi the day Ellie Deacon was found dead.

So you see, there are two stories intertwined in this mystery.  Luke and his family and young Ellie Deacon.  Aaron Falk was meant to stay only 24 hours, enough time to see his friend buried and head back to Melbourne but Luke’s father implores him to look into his son’s suicide and murder. Even though 20 years have passed since Ellie was found dead it seems as if it happened only a week ago, as far as some townspeople are concerned.  These mysteries dovetail into a satisfying end, in my opinion.  I’m a big fan of series so I will add this to the series I plan to immerse myself into this coming year.

The writing was very detailed, I could immerse myself into the story and see what was being described.  The author painted a picture of the harsh environment and climate, the relationships both warm and those tense.  So many passages I liked in this book.

“City people wanted to move to the country but weren’t prepared to look out and not see another soul between them and the horizon.”

“He could understand them seeking out the idyllic country life style; a lot of people did.  The idea had an enticing wholesome glow when it was considered from the back of a traffic jam or while crowed into a gardenless apartment.  They all had the same visions of breathing fresh., clean air and knowing their neighbors. The kids would eat homegrown veggies and learn the value of an honest day’s work.

But on arrival, as the empty moving truck disappears, they gazed around and were always taken aback by the crushing vastness of the open land.  The space was the thing that hit them first, there was so much of it.”

Very little food offerings but it wasn’t that sort of book.  I did note sparkling wine and a lamb casserole.  Rita, the policeman’s wife, prepared a feast for Aaron Falk and her husband.  “A rich concoction of tomatoes and eggplant and spicy sausage washed down with a decent Shiraz.”

Cook eggplant, sausage, and garlic in a large skillet over medium-high heat 5 minutes or until sausage is browned and eggplant is tender. Add tomato paste and the next 3 ingredients (through tomatoes); cook over medium heat 5 minutes, stirring occasionally.  Place pasta in a large bowl.   Add tomato mixture, cheese, and parsley; toss well.

This is my first book completed for the Aussie Author Challenge. It satisfies the category of both female author and new author, but I have plans for another new author very soon.

Also linking up with Girlxoxo for the Monthly Motif Travel the World and Heather for the March Foodies Read 2018. 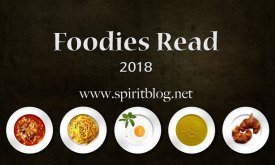 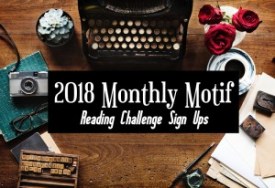 20 thoughts on “The Dry by Jane Harper”